Play the game with a mouse and a keyboard.

Wasn't supposed to make a game for Global Game Jam, but I thought "hey why not" and did a thing.

Oh and also it's a gift for a wonderful person.

There's 3 endings. Crashing the game count as one.

There was a title screen, I clicked on stuff, things happened. I thought it was a nice game. Then things happened again, but it was somehow different. I pressed buttons. Other things happened.  I wondered if this was procedural. It kept happening. Stuff appeared on the screen. Sounds were made. I couldn't tell if it was random or not. I saw the title screen again. I thought that was it. Until there was other words appearing, other glitches… Stuff. I pressed buttons, clicked, the game kept changing, I don't know if I was doing anything. And then it ended.

Then I refreshed the page and I'm not sure if I recognize anything.

I have so many questions about what is going on in this program.

I have so many thanks about how you talk about my game. 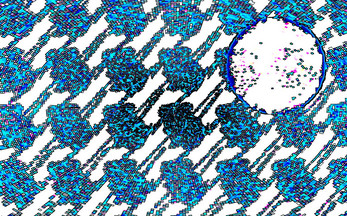